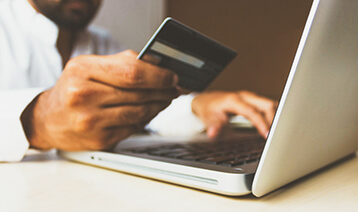 With third-party sellers making up a majority of the online marketplace, it is easier to find but harder to trust the item you are buying. The digital infrastructure enables established as well as less known third-party sellers to offer their products under the reputable name of marketplaces such as Amazon, Walmart, eBay, and Etsy. When consumers purchase a product from a third-party seller on one of these platforms, they rely on Amazon or eBay’s reputation and trust that the marketplace has done its due diligence in verifying the product.

At CaseyGerry, we know this isn’t always the case. As third-party sellers are growing, so are the number of counterfeit products. E-tailers and third-party sellers – though beneficial to the marketplace – can also pose safety risks for consumers when they sell defective or deceptive products.

What Are Third-Party Sellers?

How Are Third-Party Sellers Vetted?

While marketplaces do have anti-counterfeit measures in place, they aren’t foolproof. Recently, Amazon started a process of vetting third-party sellers by using live video-call. During each call, a trained Amazon representative verifies that the seller’s ID and documents match the person on the call and what was provided in the application. It had also stated that in 2020, it invested over $700 million and employed more than 10,000 people to prevent bad actors and bad products.

In the past decade, over 60 federal lawsuits have been brought against Amazon concerning product liability, but Amazon has avoided facing liability for injuries caused by defective or counterfeit products sold by third-party sellers on its website. It argued that since it was only a platform connecting a buyer to a seller, it should not be held liable for the injuries the consumer suffered from a product sold by a third-party seller.

However, with CaseyGerry’s recent win against Amazon in the court case Bolger v. Amazon.com LLC, legislation around e-commerce liability is beginning to change. In the 2020 court case, the California Court of Appeal reversed its original judgment and ruled that Amazon can be held liable for injuries caused by a third-party seller listed on its website. This was the first ruling of its kind.

Contact us if you have any questions regarding this case or the topic of E-tailers and Third-Party Sellers.