Can’t get strict liability against an e-tailer like Amazon? Consider a negligent undertaking claim instead 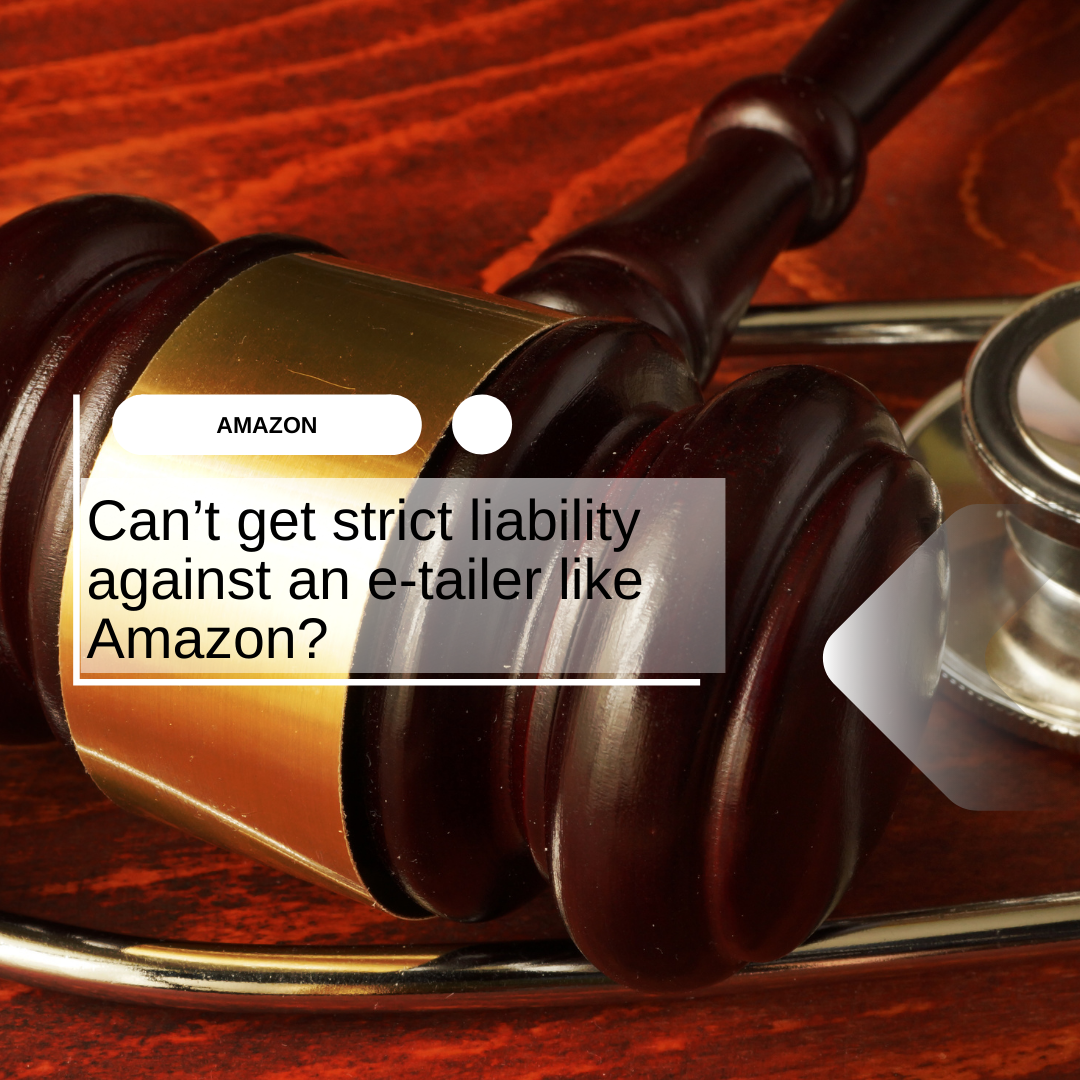 As Amazon likes to point out, select courts around the country have held that Amazon can’t be held strictly liable for harms caused by products sold on its “marketplace” if the product is not sold directly by Amazon. Texas is a prime example. Last year, in Amazon v. McMillan, 625 S.W.3d 101 (Tex. 2021), the Texas Supreme Court ruled that Amazon was not a “seller” under Texas law for products listed by third-parties. And since the product in McMillan was sold through the “Fulfillment by Amazon” service, it does not appear like different facts would yield a different result.

But that hasn’t stopped creative lawyers from still trying to hold Amazon accountable, even in states where strict liability is not available. A great example is Williams v. American Crenova E-Commerce Ltd., Case No. 4:20-cv-01666 (S.D. Tex.). Williams involves bad burns caused by a defective heating pad sold through Amazon (as an aside, Amazon seems to have a particular problem with products that cause serious burns!) In addition to naming a consortium of Chinese companies that allegedly manufactured the heating pad and listed it on Amazon, Williams sued Amazon for strict liability. But following the decision in McMillan, she dropped that claim and instead alleged a negligent undertaking on Amazon’s part.

The main thrust of the negligent undertaking theory is that Amazon makes myriad promises about being a safe and trustworthy company that takes innumerable proactive measures ensure product safety. Williams also alleged her understanding that if Amazon had learned the heating pad was dangerous, it would have investigated, alerted her, and removed the product from its marketplace. None of which happened. She further alleged she and her son relied on these representations in deciding to stop buying heating pads from WallMart—which they believed to be inferior and potentially unsafe—and instead purchase a pad from Amazon. Finally, she alleges Amazon knew this product was dangerous because of a review posted on Amazon’s website before she was burned (but after she had bought the product).

Just this month, Judge Keith P. Ellison of the Southern District of Texas denied Amazon’s Motion to Dismiss. The analysis is too long to get into specifics here, but the important takeaway is the judge found Williams had alleged a viable negligent undertaking claim under Texas law, at least at the pleading stage. It is a good decision and worth a read.

Obviously, a negligent undertaking claim requires additional facts beyond those of a strict liability claim, so they aren’t interchangeable. But, if you have the facts to substantiate it, it can be a good alternate theory of liability—and perhaps the only theory if you are in a state that disallows strict liability in those circumstances.