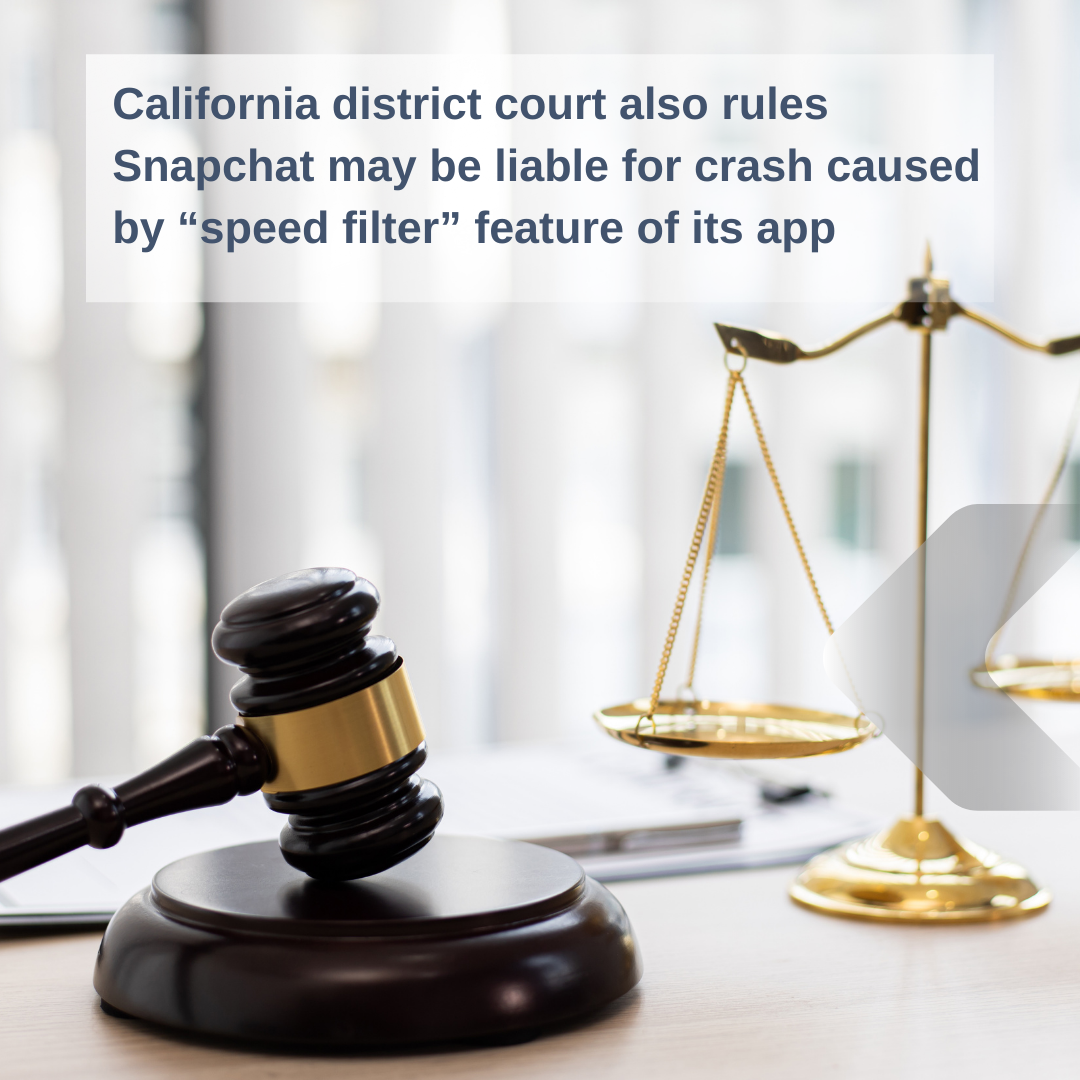 As I recently wrote, last year, in Lemmon v. Snap, Inc., 995 F.3d 1085 (9th Cir. 2021), the Ninth Circuit held that Snap—the maker of Snapchat—could potentially be held liable under a negligent design theory for multiple deaths caused by a driver hitting a tree at almost 115 mph while using the “speed filter” on the Snapchat app. In particular, the Court rejected Snap’s claim that the suit was barred by Section 230 of the Communications Decency Act.

Snap attempted to liken the case to several cases where courts have dismissed cases against app and mobile device makers for failing to prevent districted driving involving their apps or devices. Judge Fitzgerald noted, “this is not a distracted driving case … [t]he allegation here is that the design of the Speed Filter itself encouraged speeding—not that it was simply distracting the driver of the vehicle…” The judge also pointed to a new allegation that the Speed Filter had been used minutes before the crash as establishing a strong causal connection between the filter’s use and the crash.

Thankfully, Snap has removed the Speed Filter application from SnapChat, so there should be no more crashes attributable to it. But honestly, what were they thinking to include such a feature to start with?